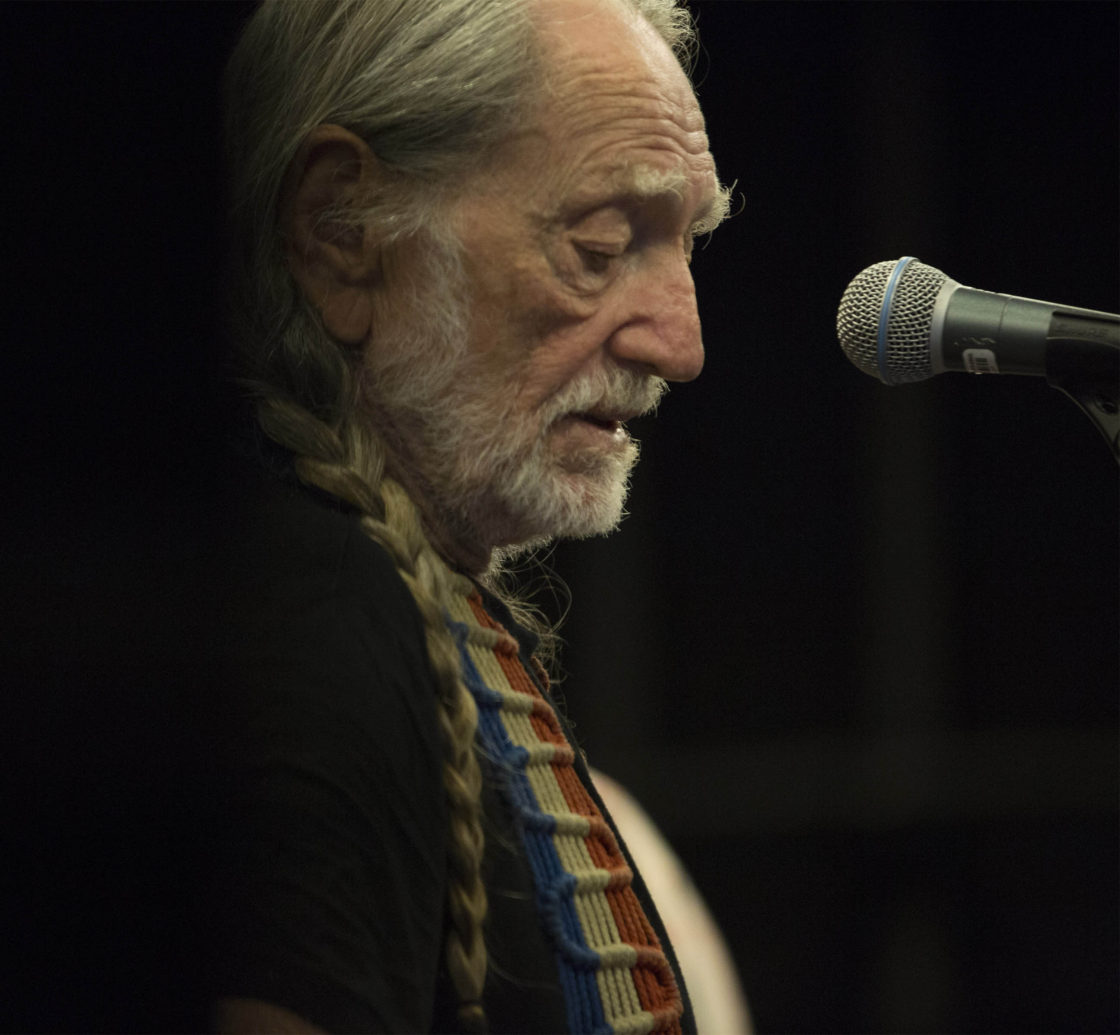 Truly, Willie Nelson has been the soundtrack of our lives: from Patsy Cline’s “Crazy,” to Ray Charles’ “Georgia On My Mind,” to his own hits like “On the Road Again,” “My Heroes Have Always Been Cowboys,” and many, many more.

And what he has written, he has delivered with his unmistakable twang, a voice so tender and tough and perfectly suited for everything from lonesome love songs to cowboy brawls and ballads.

Willie Nelson performed at MerleFest only once before, in 2000. His long-awaited return during a busy touring schedule follows the recent death of North Carolina native Paul English, Nelson’s bodyguard, best friend, and drummer. Nelson brings with him to the festival his son, Lukas Nelson, and his band, the Promise of the Real.

The senior Nelson’s most recent project and 69th solo studio album, Ride Me Back Home, pays tribute to some of the great loves of his storied life: romance, time, and horses.

Nelson will celebrate his 87th birthday six days after his MerleFest performance. Turn out for his signature vocal stylings and high wattage grin.