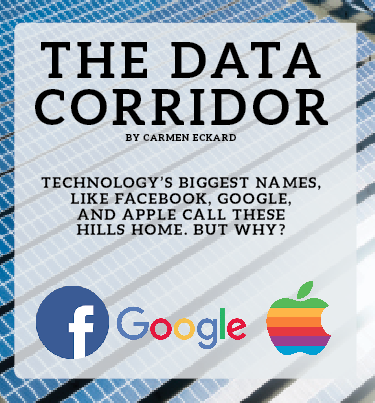 As you  drive through our hills, marveling at the beauty, you are probably unaware of the massive amount of data being stored and transferred all around you. Google, Facebook and Apple, three giants of industry, have data centers here. In fact, it’s completely fair to say that SIRI lives in Catawba County.

“I think most in our area would be surprised to know that, to my knowledge, every transaction on an iPhone–song or app download, ask Siri, mapping, Apple Pay–worldwide–goes through Catawba County at some point.  That’s simply amazing.  And very cool.”-Scott Millar, President of the Catawba County Economic Development Corporation. 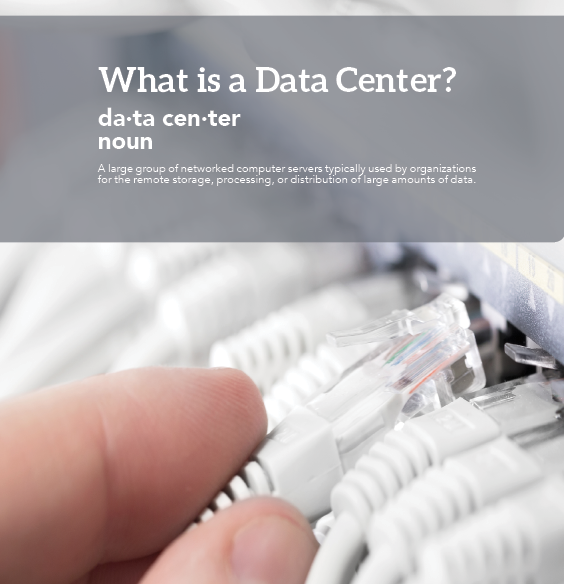 Apple, Facebook and Google  are joined  by many other companies: AT&T, Bed Bath and Beyond, Disney, Boeing, and others. This new movement is helping to revive our region, replacing many of the jobs lost to overseas manufacturing. But why? Why are such industry giants choosing our humble hills as their home? The answer is more complex than most people realize, and it’s the culmination of many factors, as well as an intentional push by local governments, who are working hard to bring industry home.

The first factor is part of our rugged landscape-our water supplies are key to attracting large data centers. I’m sure you’ve felt the back of your computer-they put off a good deal of heat. Google has said that evaporative cooling commonly can use “hundreds of thousands of gallons of water a day,” and this is the cooling system most large data centers employ. Our region is appealing regarding water both because of our ample supply, but also because of cooperation from our major utilities, like Duke Energy.

That dovetails with the second factor, which is cheap and available power. This is a unique way that the departure of our previous manufacturing led to the development of the Data Corridor. In most larger cities, power grids operate near capacity. Because our system was built to support a great deal of manufacturing businesses, their departure has freed up the electricity the data centers need. But don’t be concerned that these companies are a drain on our resources. Apple, for instance, is generating enormous amounts of solar electricity, and their new renewable energy facility will use treated methane from the landfill to create electricity using fuel cells.

Space and privacy are also important factors. These campuses are large and house industry secrets. In fact, most of them are protected by the Department of Homeland Security. Our wide open spaces and our sparse populations in certain pockets are a large factor in bringing business here, and our climate is unique in the Southeast, as it remains cool enough to be cost effective.

It also doesn’t hurt that Catawba County is home to 3 companies that are the world’s top manufacturers of coaxial cable and fiber optic cable: CommScope, Corning Optical Communications, and Prysmian.

Perhaps one of the most important factors has been the involvement of local governments. Google, the first major Data Center on the scene, moving to Lenoir in 2006, is saving $212 million in taxes over 30 years. NC Legislature approved $46 million in tax savings for Apple, and our local governments cut their property taxes by half. But tax incentives are only part of it. Local governments and business leaders. Like the Catawba County Economic Development Corporation (www.catawbaedc.org) took a 4 pronged approach:

1: They established ready-to-build data center sites. This saves a great deal of time for companies and was a deciding factor for Apple-they were able to move in quickly.

2: They created a cohesive marketing plan and pushed information about our data centers. The plan was aimed at consultants, engineers and other firms who worked with data center operators.

3: They developed focused incentives. These included tax breaks, but our local leaders did much of the leg-work, making the sites very appealing.

4: They continue to develop events and reach out to media, and an annual DCIX convention brings home 50 national data center people, who speak  about best practices and business practices, over a beer or two.

Some reporters also cite a lemming effect. Now that the advantages of our location have been proven, more and more data centers are being built. I can’t say whether that’s true, but it is true that we’re quickly becoming a popular destination for the world’s largest brands. It’s exciting!

Data Centers are growing globally at a rate of 15%. North Carolina is home to some of the world’s largest data centers. As companies around the world, and consumers as well, create more content and move more services into the cloud, and as more people around the world get internet access, it will create a need for even larger data centers, and the people of the Foothills are ready for this, and our leadership sees the trend. They are working towards ensuring that we will have the space and the electrical capacity to handle these coming projects.

This is an industry to keep your eye on, and as you search Google for information, log into Facebook to chat with your friends, or upload something to the iCloud, remember the role your communities play in the never-ending stream of data transfer.