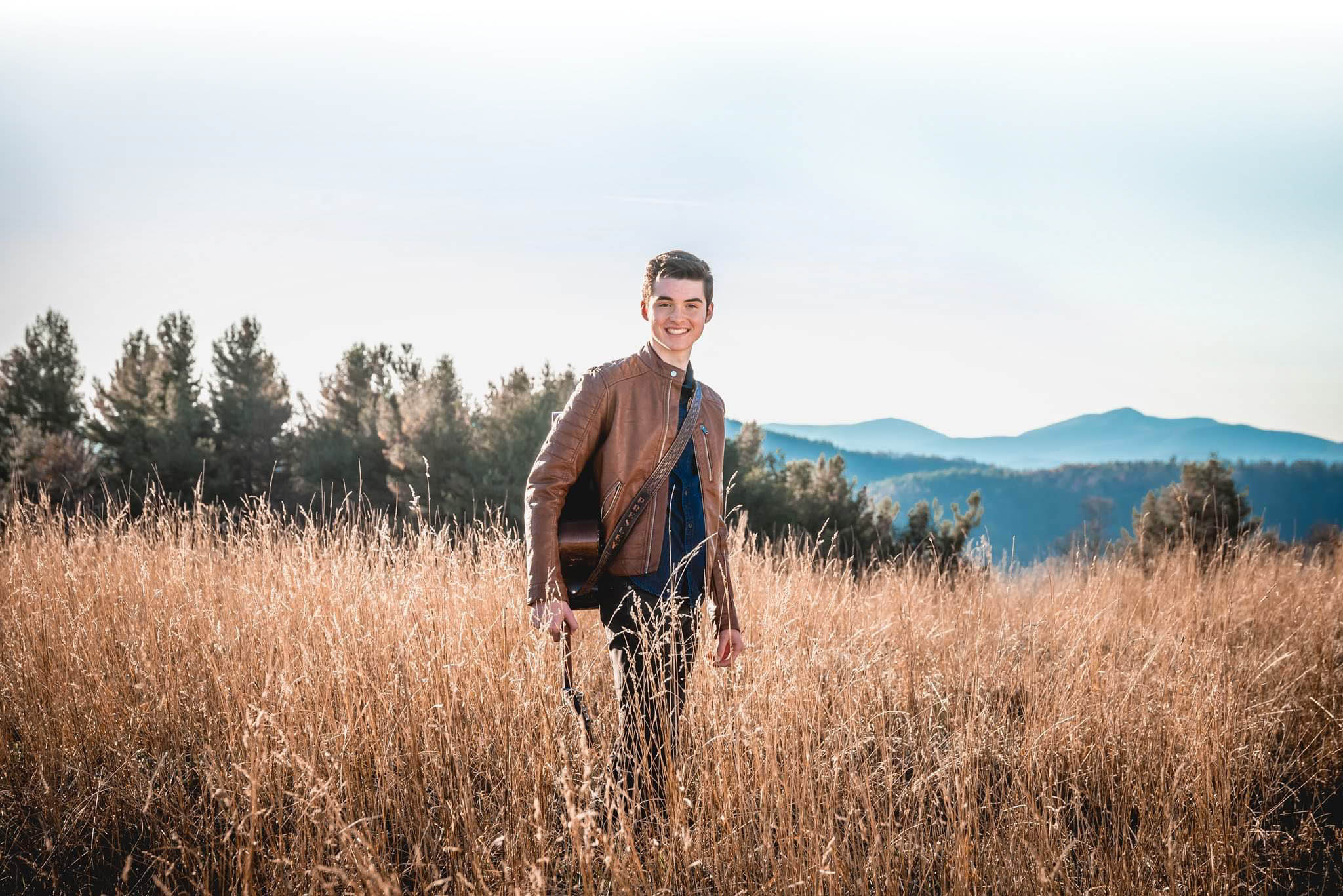 Some folks are just too good to be true, and 15-year-old Presley Barker of Traphill, NC is one of them.

Incredibly talented, refreshingly humble, with squeaky clean good looks and lifestyle to match, Barker is a singer and guitarist who has achieved a great deal in only 15 years.

No, he was not named for Elvis Presley but his appeal is similar.

At age three, he began playing a little blue guitar, a gift from his uncle Craig Barker.

At age seven, he was practicing as much as two to three and then four hours a day.
At 11, he and his friends “The Salty Dogs” appeared on Steve Harvey’s talent show, “Little Big Shots.” Barker also has appearances at Tim White’s “Song of the Mountains,” Dollywood, and the Grand Ole Opry under his slim belt.

He doesn’t play as many competitions anymore, having somewhat lost interest.

“I like performing and I like to make people happy,” Barker said in a recent interview. With deep feeling, he added, “I don’t want that ‘golf clap’ [from judges in competitions]! I want to make people feel something!”

Barker has performed at MerleFest before, but he has never had his own set until this year. He will be backed up by noted bassist Billy Gee and percussionist Jody Call (“if he’s not got a set with the Kruger Brothers that conflicts with mine,” Barker said.) His set will include country, blues, originals, and a few surprises.

And he confesses that he would love to meet his country music guitar idol, Brad Paisley.

Barker has been influenced also by friends and mentors Wayne Henderson and Bryan Sutton. He recently signed a contract with Kent Nelson Productions of Nashville (producer and bandleader for Dolly Parton) and received vocal lessons from Nashville coach Ron Browning (whose clients include Alison Krauss, Amy Grant, and Wynonna Judd, among others). He is also co-writing new songs with Nashville songwriters.

Barker has come a long way since the day a local guitar teacher put the 6-year-old on a one-year waiting list for lessons.

Firmly grounded in hard work, humility and integrity, the 9th grader at East Wilkes High School does daily chores and homework before rewarding himself with guitar time.

“I’ve got a back-up plan so I don’t starve to death,” Barker said. His favorite subject is history, and he sees himself with a four-year degree in political science and a career in government and communications.

If the music doesn’t work out, that is.

He flashes an impossibly endearing grin.

Check MerleFest.org and PresleyBarkerMusic on Facebook for Barker’s upcoming appearances.