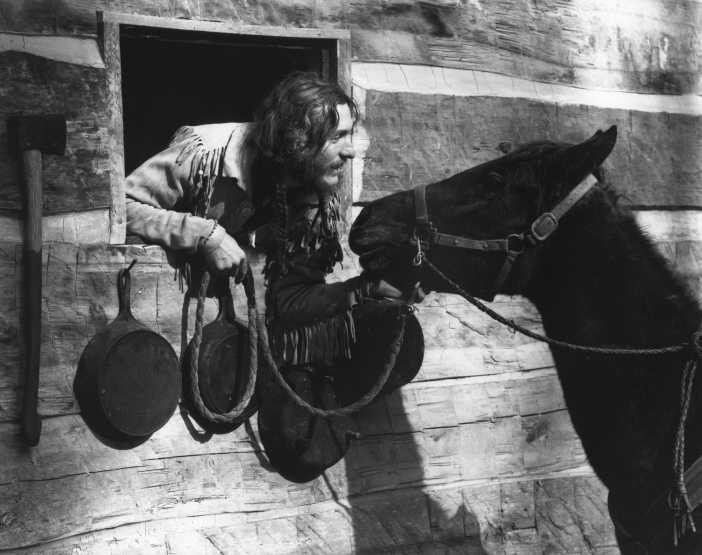 Eustace Conway was a Mountain Man long before he starred on the show with a similar name. It seems to be in his blood, along with the desire to preserve nature, and teach others how to live off the land.

Eustace is the owner of Turtle Island Preserve in Boone, which guides people through experiences with the natural world to enhance their appreciation and respect for life. It’s part education center, part naturalistic setting which allows Mr. Conway and guests to live off of the land, and feel the bond with it.
Eustace attributes his passion for stewardship to his grandfather, who founded Camp Sequoia in 1924. Like his family before him, Mr. Conway hasn’t forgotten his connection to the land. He lives his life more like our ancestors than most.

Most of us have sanitized our lives with technology. We rarely need to get our hands dirty, and even gardening is considered a hobby. On a large scale, this disconnection has caused a lack of concern for the environment, as if the “environment” were a thing outside ourselves.

Mr. Conway draws his life and his living from the earth, and that makes him notable in our region, since that is a thing most of us have forgotten. Our grandmothers remember, but we only know the stories. Turtle Island offers us, and our children, an opportunity to experience a simpler way of living. It’s a living history experience that is rare, and we think, beautiful. 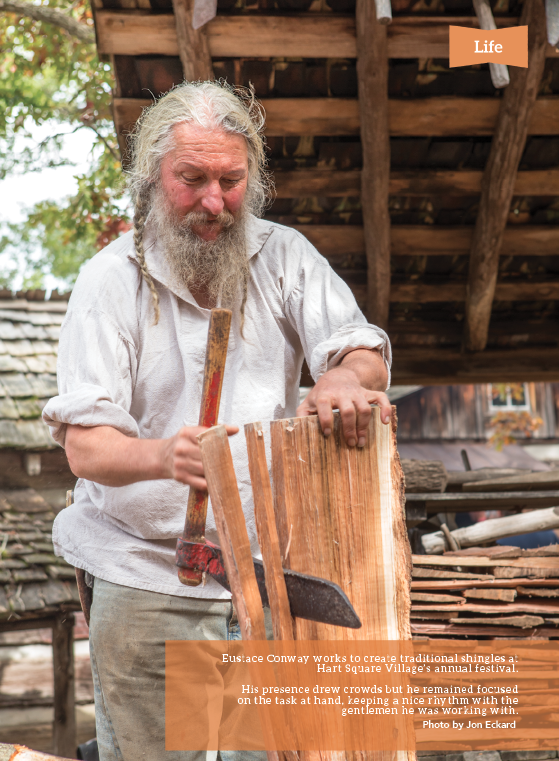 We encourage you to go to their website, www.turtleislandpreserve.org, or call (828) 265-2267. Please note they are a working farm and education center, and can only entertain guests by appointment, so make sure you call ahead.

Like every bona fide Mountain Man, Mr. Conway has hiked the Appalachian Trail. In fact, he hiked ALL of it, at the age of 17. He’s also broken speed records for traveling horseback from the Atlantic to the Pacific Ocean.
The most recent television series Eustace was involved with was History Channel’s Mountain Men, but this certainly hasn’t been his first brush with fame. He has enjoyed continued media coverage throughout his life, The weekly radio show “This American Life” reported on Conway’s cross-country journey in the episode “Adventures in the Simple Life.”Full Circle: A Life Story of Eustace Conway, was directed  a documentary about his life, directed by Jack Bibbo. Conway is a main character in the 2012 documentary film Reconvergence, which was directed by Edward Tyndall.

In 2012, Fox News aired a feature called War on the Little Guys, hosted by John Stossel, which focused on a fight the North Carolina lawmakers regarding code violations for primitive structures. Turtle Island Preserve was locked in a long and expensive battle, as the traditional buildings couldn’t possibly meet code requirements. In the end, NC lawmakers voted unanimously to pass H774, which is “an act to direct the building code council to adopt rules exempting certain primitive structures from certain provisions of the building code.” His fight has made it easier for many groups across the state to preserve and share our history.